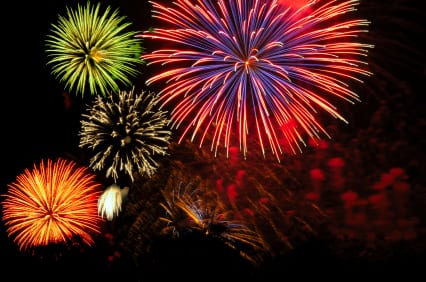 New Year’s in Italy is a holiday filled with tradition… and more than a little bit of superstition.

Want to bring yourself some luck this new year? Here’s how to do it like the Italians!

Traditionally, here’s how Italians, particularly in southern Italy, have launched their celebrations on New Year’s Eve: by throwing old pots, pans, clothes, appliances, even furniture out the window. Really! It’s meant to symbolize “letting go” of past unhappiness to prepare yourself for the future. Although most Italians have abandoned the tradition, do watch your head on the streets of Naples on New Year’s Eve!

Fire up the ol’ Yule Log one last time

Another tradition is to fire up the Christmas log on the last day of the year. Turns out, evil spirits don’t like fire! It’s also a gesture of invitation to the Virgin Mary, who can warm newborn Jesus next to the warm flames. Afterwards, according to tradition, families would use the ashes as charms to protect the house from damage. 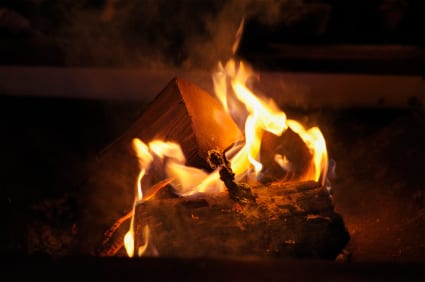 Light up the log one last time for New Year’s Eve!

Yep, that’s right: Red underwear brings luck. This goes for men and women. So that explains why you see all the red underthings hanging in shop windows at this time of year!

Eat the right dishes for a wealthy New Year

In Italy, a traditional New Year’s Eve meal is all about symbolizing abundance. After all, that’s what you’re hoping the new year will be about! In Piedmont, rice represents coins—so traditional dinner is risotto in bianco (white risotto). Elsewhere in Italy, lots of dishes feature lentils (which symbolize wealth) and raisins (for good luck).

One particularly popular dish is lentils served up with cotechino, a big pork sausage that’s boiled over low heat for about four hours before serving. Although the cotechino from Modena is an IGP (legally-protected) product, it’s also traditional to Lombardy, Molise, Trentino and the Veneto. You might also see zampone, sausage that comes in a hollowed-out pig’s trotter. When either one are sliced, the pieces look like coins… so this too, of course, is meant to give wealth in the new year!

Give treats to make the New Year sweet

To ensure a sweet new year, ancient Romans gave each other jars of dates and figs in honey, along with a bay branch for good fortune. Guess what? This hasn’t changed much, at least in Naples, where people exchange figs wrapped in laurel leaves.

Watch out for fireworks

Fireworks and lots of noise also “scare” the bad spirits away. So, of course, expect lots of fireworks on New Year’s Eve! Practically every city, and many of Italy’s towns, put on a dazzling display. On a riskier note, families and groups of friends will often host their own, or simply throw firecrackers. So be careful walking around!

The Best Food to Eat in Rome

When Should I Travel to Italy?

9 responses to “The Best New Year’s Traditions in Italy”